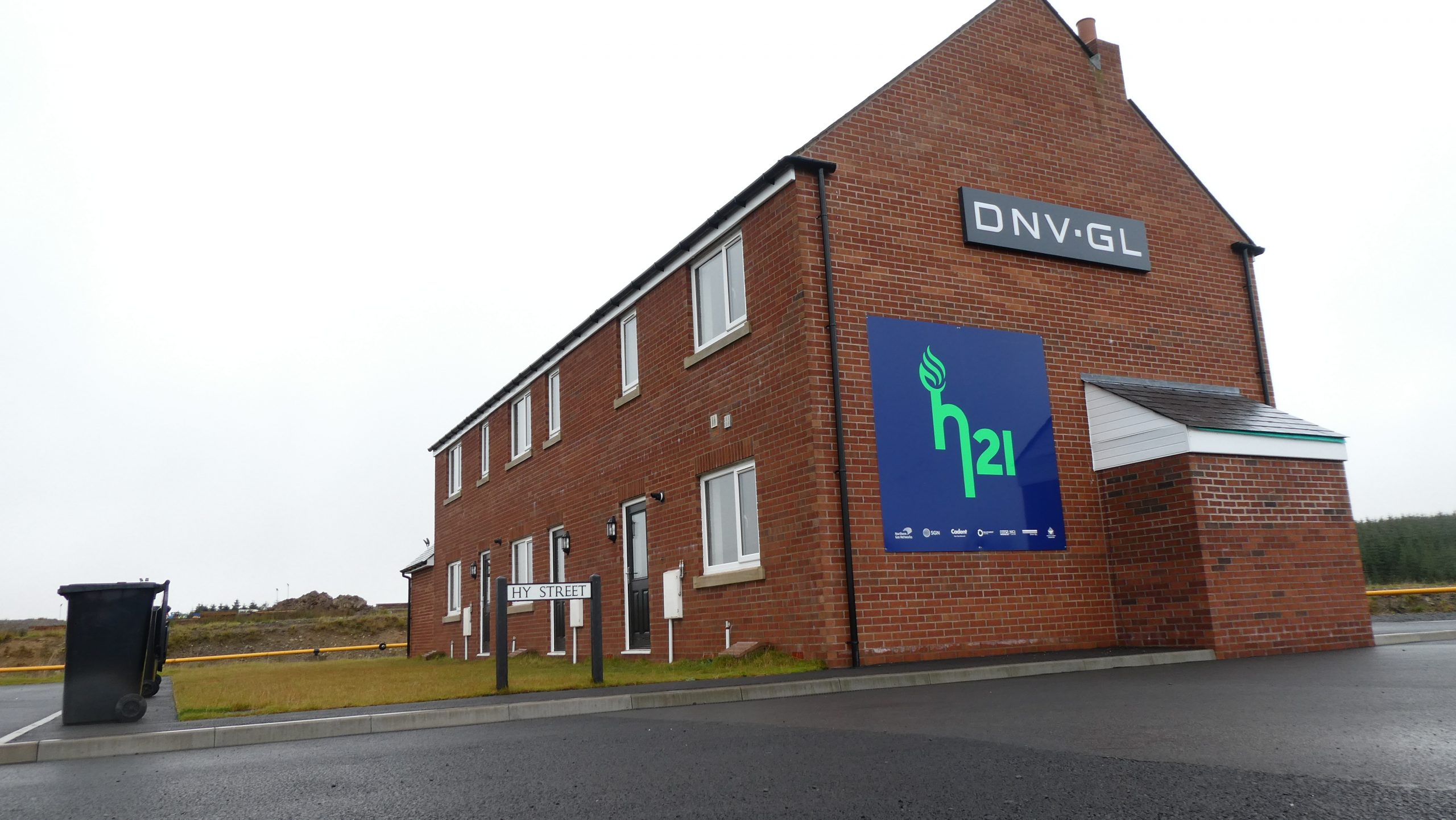 First houses heated by hydrogen gas are showcased, with the use of innovative prototype boilers.

The site has been used to complete over 200 tests, researching and proving the safety of converting homes and gas networks to hydrogen.

The project is part of H21, a Network Innovation Competition project sponsored by Ofgem. Northern Gas Networks is leading the project with partners Cadent, Scottish Gas Networks, Wales & West Utilities, National Grid, DNV GL and the Health and Safety Executive’s science division. H21 is demonstrating how existing natural gas networks can be repurposed to safely carry 100% hydrogen. For the first demonstration both Worcester Bosch and Baxi Heating have installed combi boilers into the houses on HyStreet.  The boilers have been developed as part of the UK Government-funded Hy4Heat programme, which is also supporting the development of hydrogen-ready gas cookers, fires and gas meters.

As around 85% of UK homes currently rely on natural gas for heating and hot water, repurposing the natural gas grid for use with hydrogen would mean a low disruption option for householders to decarbonise their heating without the need for extensive changes to their existing system.

Tackling carbon emissions resulting from home heating is utterly essential and one of the most difficult challenges in achieving net-zero emissions, given the need to make adaptations in almost every home. A growing library of studies and reports conclude that all viable scenarios for the UK to hit net-zero include hydrogen as a vital component. That is why Government and industry are working on various projects across the UK.

Tim Harwood, Northern Gas Networks’ Project Director for H21 said: “Seeing the boilers in situ at Spadeadam is an exciting step in the journey to realising our goal of a gas network transporting 100% hydrogen to customers. The hydrogen boiler looks and feels just like the natural gas version we all have today and is just as user-friendly, showing that a transition could cause minimal disruption to customers.”

Dan Allason, Head of Research and Innovation, at DNV GL’s Spadeadam Research and Testing said:  “Eight out of ten homes in the UK use a gas boiler to heat their homes and provide hot water and replacing all gas boilers with electric alternatives could be extremely costly. Both of the boiler manufacturers have developed options with their hydrogen ready prototypes to assist the switch to a lower carbon alternative.

“Having these fitted to the HyStreet demonstration project at Spadeadam gives gravitas to the proof of concept and public acceptability of appliances such as these. The boilers are one of the first important steps”

Karen Boswell, Managing Director of Baxi Heating, said: “This is an important step forward on our hydrogen journey and we are delighted to be able to demonstrate this innovative new technology in a real life setting in the UK”

Carl Arntzen, CEO of Worcester Bosch commented: “It is fantastic to see our prototype hydrogen boiler running successfully at this demonstration site.  The boiler has operated seamlessly in its first month of operation and continues to provide both heating and hot water.

“It proves that hydrogen gas has great potential as a zero-carbon alternative to natural gas for heating and hot water in the UK and beyond.  These initial tests are incredibly encouraging and will hopefully give key decision makers confidence to deploy hydrogen gas as a fuel for the future.” 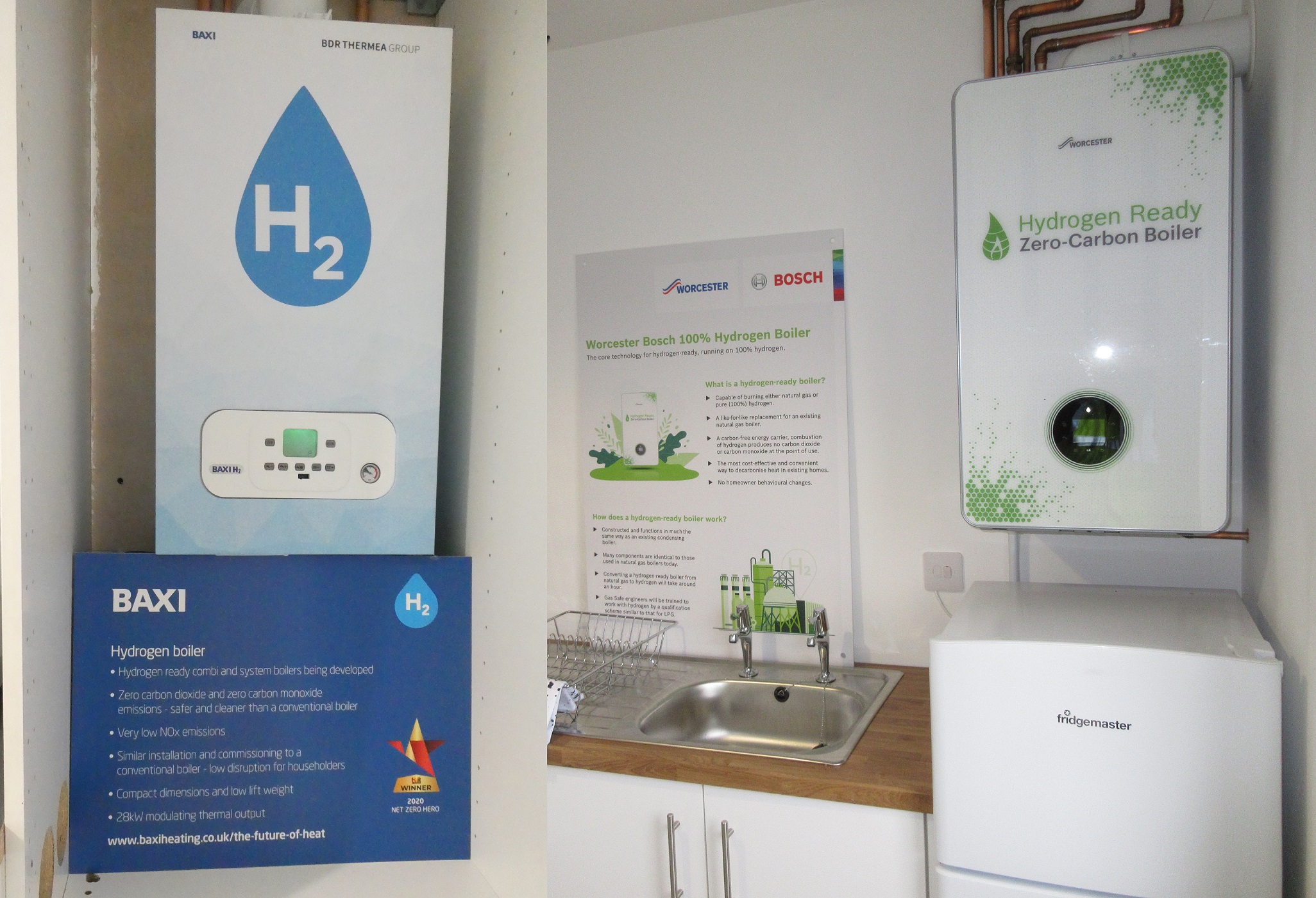 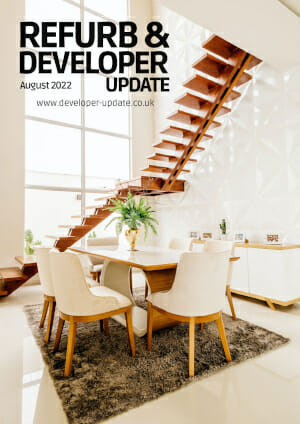