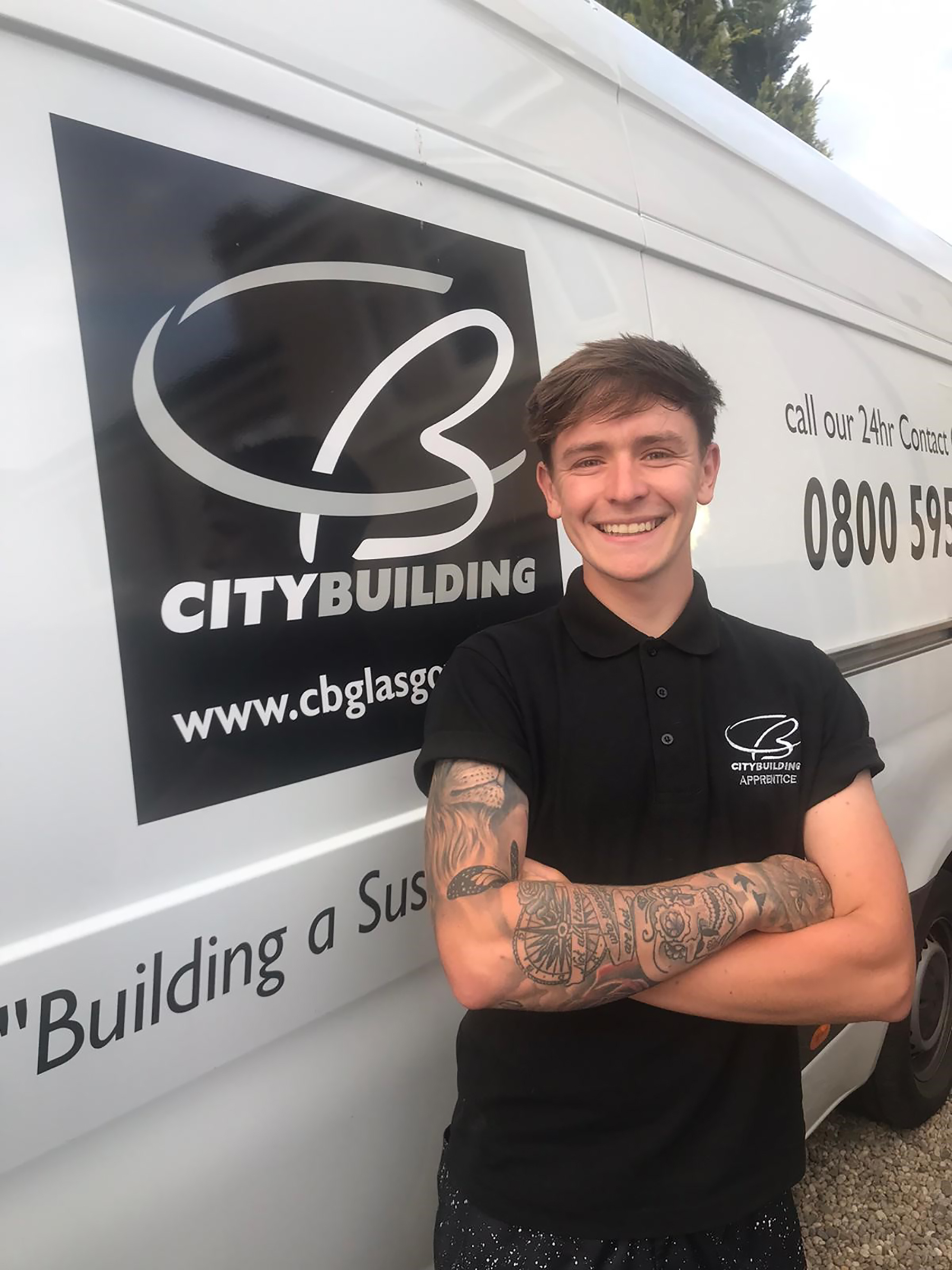 A joinery and carpentry apprentice from Glasgow has been named this year’s winner of the Screwfix Trade Apprentice 2020 competition.

Christopher Keel, 21, took part in the first ever digital final (25 June) alongside nine other finalists. He impressed a panel of industry experts including representatives from the NICEIC, CIPHE, FMB and Screwfix Britain’s Top Tradesperson 2019, Darren McGhee to win the accolade.

His outstanding confidence and positive approach, the way he has overcome adversity and his ambition for the future, stood him apart in the eyes of the judges to be awarded the title and the ultimate trade bundle worth £10,000. This includes everything a future tradesperson may need to kick-start their career, including £5,000 of tools, a £3,000 training budget and £2,000 worth of technology.

Chris, who is studying towards his joinery and carpentry qualification at Queenslie Training Centre, says: “I was absolutely speechless when I found out that I’d won. The other finalists were all so talented so it’s such an honour to be given this title. I want to use this success as a platform to encourage more individuals into the trade – it’s such a worthwhile career and an apprenticeship can change your life for the better!”

Danielle Sweet, Screwfix spokesperson, said: “We have such a worthy winner in Chris. He demonstrates everything we look for in this competition – professionalism, ambition and a desire to raise awareness amongst others about the benefits of apprenticeships and a future career in the trade.

“This year we received over 1400 entries, and Chris impressed us with the way he has picked himself up after several knock backs, his drive to build his own business and run his own Ltd company, as well as his future ambitions. Chris has a promising career ahead of him, along with our other worthy finalists.

To find out more on the Trade Apprentice competition, please visit www.screwfix.com/sfta.